Saturday brought partly sunny skies and temperatures in the mid-80’s. Cloud cover began to build in the afternoon and will stick around through the overnight.

Saturday overnight low’s will be above average by about 10 degrees. Sunday will be sunny with the chance of an isolated shower and storm and with it comes the heat. A heat advisory has been issued for portions of the Southern Tier on Sunday from 11 AM until 8 PM. Heat index values are expected to be in the mid 90’s. It is for Yates, Seneca, Southern Cayuga, Onondaga, Steuben, Schuyler, Chemung, Tompkins, Madison, Oneida, Tioga and Broome counties. On Sunday there will also be a chance for an isolated shower and storm, but majority of the area will stay dry. Dew points will begin to rise to be more muggy as well.

Monday temperatures will rival Sunday by sticking in the low to mid 90’s. Monday afternoon and evening there is also a chance for a showers and storms. There is a chance for showers and storms Monday through Thursday due to the moisture available. It will not be a total washout. High temperatures will still be into the 90’s. Temperatures will cool closer to average in the low 80’s as we approach next weekend. The chance for showers is still present going into the holiday weekend, but will be more scattered. Stick with us as it gets closer for your 4th of July forecast. 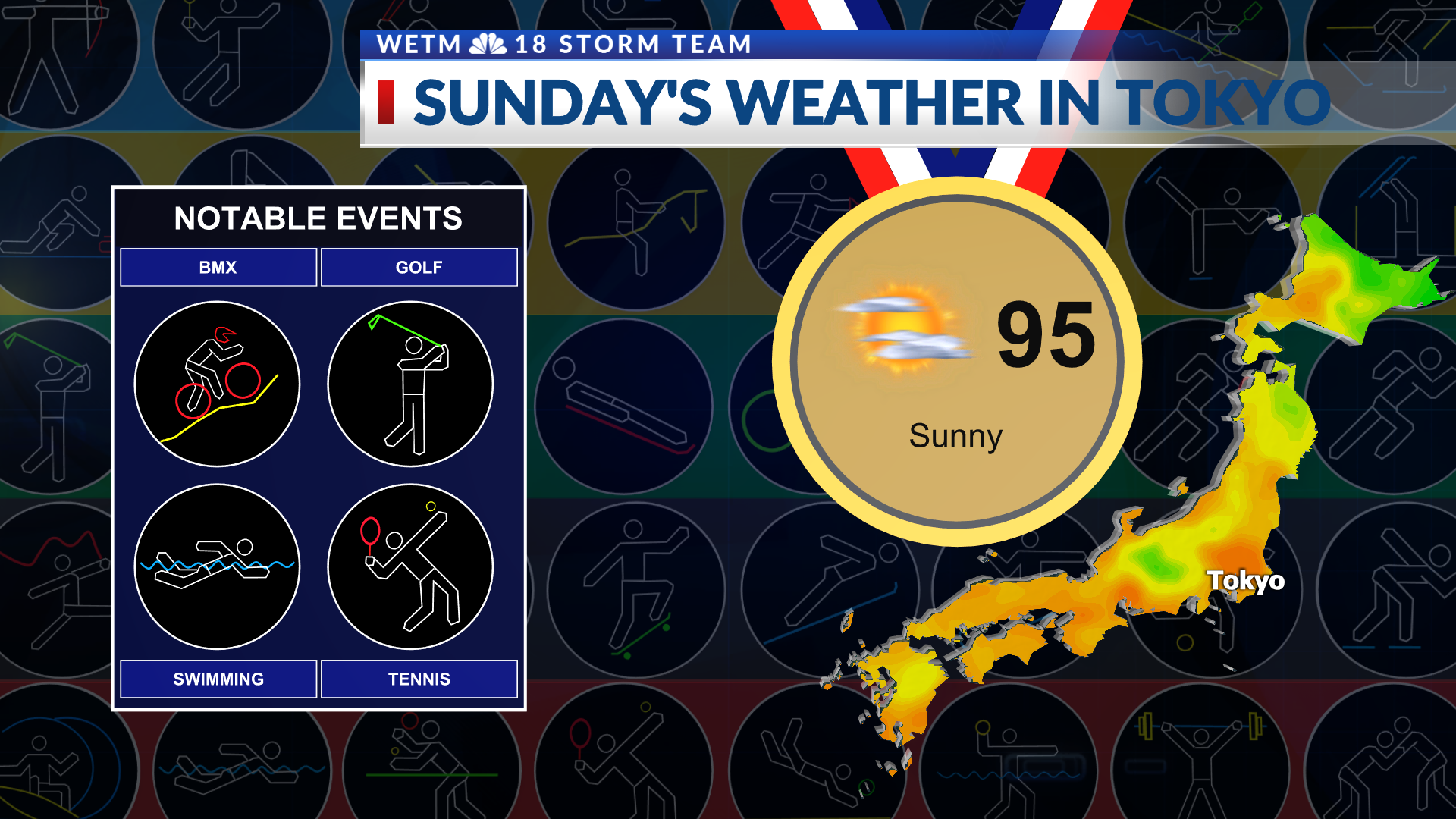