Saturday of the Holiday Weekend brought clouds, rain showers, and temperatures in the low 70’s.

Saturday night the clouds begin to break leading to a few clouds to partly cloudy skies overnight on Saturday with temperatures slightly below average in the low to mid 50’s. The clouds will return late Sunday morning for the fourth of July along with the chance for scattered showers returning as well.

Temperatures on Sunday will be in the high 70’s to low 80’s with the chance for scattered showers starting in the late morning and ending in the evening. The chance remains for an isolated shower around time for fireworks, but majority of the area will be dry by that time.

Temperatures and dewpoints climb as we enter the workweek. Temperatures on Monday and Tuesday will be in the low 90’s. Monday will be mostly sunny, but there is a chance for an isolated shower or storm starting in the afternoon. Tuesday will also be mostly sunny with scattered thunderstorms during the day. Wednesday temperatures drop into the mid 80’s with the 80’s sticking around for the rest of the week. Wednesday through Saturday all have a chance of rain. The chance for rain most days begins in the late morning to early afternoon and ends in the evening. 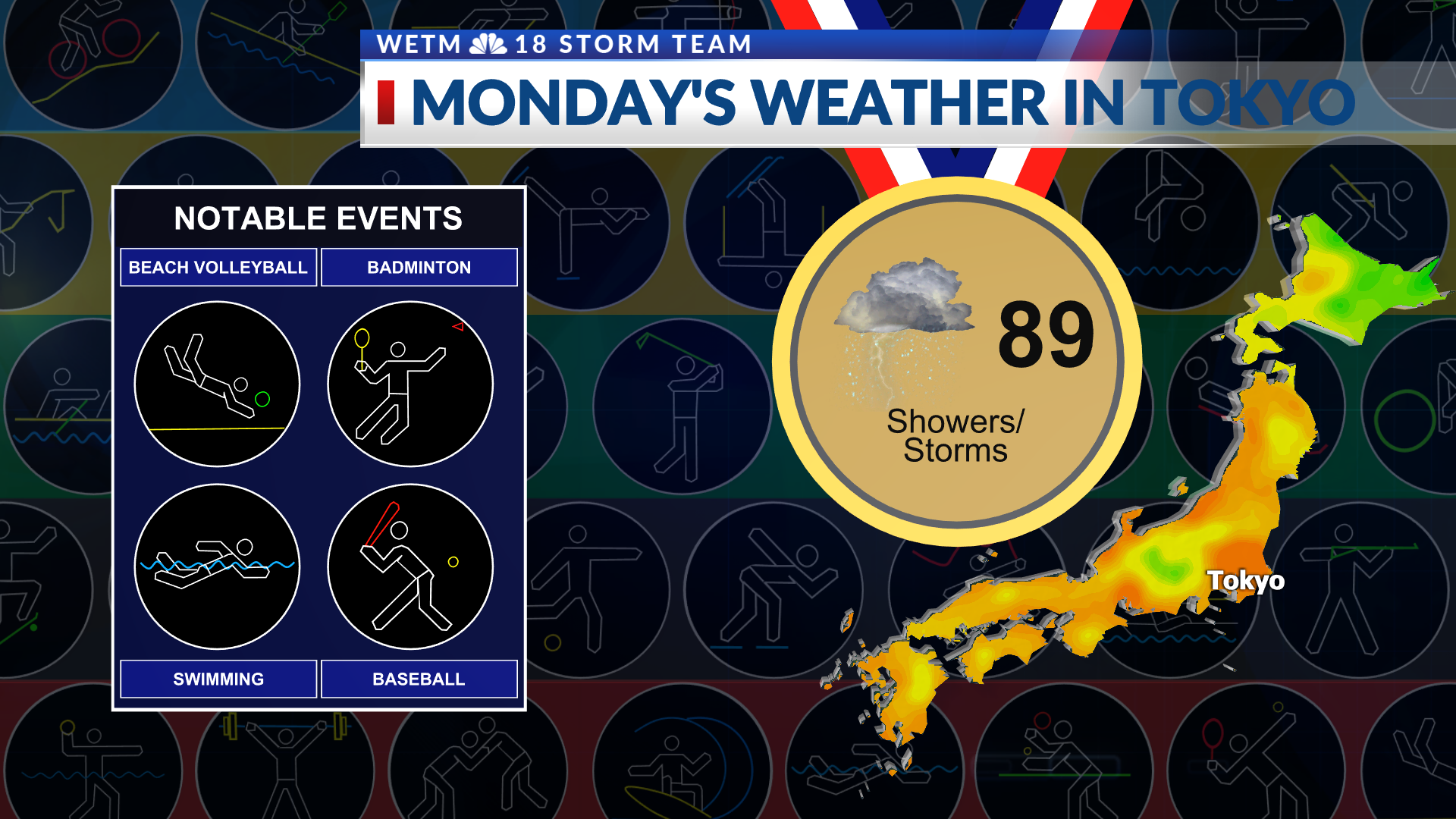