ELMIRA, N.Y. (WETM) – Anthony Alvernaz, the former Deputy Chief of Police of the Elmira Police Department, has been appointed Chief of Police amid the recent retirement of Chief Joseph Kane.

“I’m very thankful to be able to continue to work with the officers that have grown up with. We need to reestablish that trust. We need to reach out, let them know that Elmira is not like other places in the country, and that we actually do have a good relationship with our communities,” Alvernaz said.

Chief Alvernaz joined the department in February 1996 and served on all three platoons in various ranks.  He has been a member of the Strategic Planning Committee, the Training Committee and serves as a police instructor. Prior to his promotion to Deputy Chief, he served as the Commanding Officer of the Detective Bureau.

Alvernaz has also previously served as the department’s senior historian and commanded both the Crisis Negotiation Team and the Elmira Police Honor Guard. In 2019 Alvernaz was a graduate in the 275th session of the FBI National Academy at Quantico, VA. 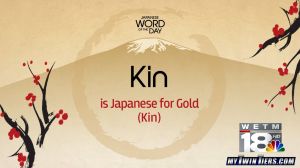 FedEx responds to complaints of slow deliveries in Schuyler County