ALBANY, N.Y. (NEWS10) — Activists will gather in Albany on Wednesday for a rally to reject what they call the Senate’s cover-up of President Donald Trump’s abuse of power.

Capital District protesters plan to meet outside Sen. Chuck Schumer’s office at the Leo O’Brien federal building on Clinton Avenue at 5:30 p.m. for a “Reject the Cover-Up” demonstration. Organizers have planned an identical event downstate in Kingston to protest what they consider a sham impeachment.

Experts expect the Republican majority in the Senate to exonerate Trump Wednesday night. Nationwide, close to 200 “Reject the Cover-Up” rallies are planned to follow the afternoon vote on abuse of power and obstruction of Congress.

Critics of the Trump Administration—including Common Cause, Indivisible, Greenpeace, NextGen America, Public Citizen, the Sierra Club, Stand Up America, and the Women’s March—say they hope an unprecedented level of civic action will prevent such a dark moment in our nation’s history from happening again. 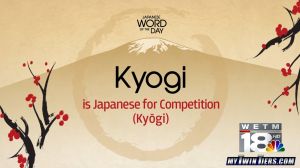 Elmira woman indicted for stealing more than $50,000 from local business