Our next Senior Send-Off is Elmira’s Syairra Jones. Syairra ran indoor and outdoor track for the Express for four years and was a cheerleader for the Elmira Express football team.

If you would like to submit a senior athlete, please do so at sports@wetmtv.com.

Chase Elliott to battle for three-peat, plus, Richard Petty at The Glen 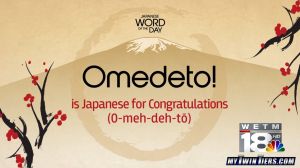