**Flash Flood Watch issued for portions of the Twin Tiers**

Noon Weather Update: Light rain showers are beginning to fire up across the area, especially in the Northern Tier. Scattered showers and storms will continue to develop for the remainder of the day! The forecast is still on track for heavy rainfall heading into the first half of the weekend!

Mild start to your Friday morning across the Twin Tiers and temperatures today are forecasted to be into the low to mid-80s. After a mainly quiet start to the day, we will be watching as unsettled weather develops for the afternoon and evening. A cold front will push into the region then stall leading to the potential for unsettled weather across the area. The best chance for showers and storms today will be close to the New York/Pennsylvania border and south into the Northern Tier. Southern portions of both Tioga and Bradford counties are in a Marginal Risk (level 1 out of 5, 1 being the lowest) for isolated strong to severe storms to develop. The main threats will be the potential for heavy rain and strong winds! Scattered rain showers and isolated storms will continue overnight. Lows will be near the mid-60s.

Heading into the first half of the weekend out attention will be on the potential for heavy rainfall as a system moves through the region. The Storm Prediction Center has the Twin Tiers in a Marginal Risk (level 1 out of 5, 1 being the lowest) for isolated strong to severe storms to develop. On top of the storm threat, there will be the potential for flooding to occur in the Twin Tiers. The Weather Prediction Center (WPC) has the Twin Tiers in a Slight Risk (level 2 out of 5, 1 being the lowest) for excessive rainfall on Saturday. This means there is the potential for scattered flash flooding across the Twin Tiers; the most vulnerable areas will be urban areas, roads, & small streams. The threat of flooding is the main concern we will be keeping a close eye on as the ground is still highly saturated and streams/creeks continue to run high from heavy rainfall earlier this week. Average rainfall for the Twin Tiers, with the latest model updates, look to be between 1-2″; isolated amounts of 2.5 inches will be possible!

Showers and storms will be widespread Saturday as a nearly stationary boundary is situated over the area. On top of this frontal boundary, we will see a disturbance pass through the region during the afternoon and evening. Saturday morning showers will be scattered in coverage as the first round of moisture moves through. The threat for heaviest rain will come in the afternoon and evening; this is also the time period when showers and storms will be widespread! Make sure you are weather-aware on Saturday and have a way to receive watches and warnings if/when they are issued. Highs on Saturday will near 80 degrees.

Heading into the new work week, we will see the potential for spotty showers on Monday! The best chance for showers and storms, at this vantage point, will come on Tuesday and Thursday. Temperatures are forecasted to reach into the low to mid-80s.

ELMIRA, N.Y. (WETM) - The Elmira Enforcers made a major announcement Saturday regarding their immediate hockey future.

Team owner, Robbie Nichols, tells 18 Sports that the Enforcers will not be playing in 2021-22 and will disperse. The rights of Enforcers players will continue to be claimed by Elmira, members of the roster will now be allocated to a special draft by the Federal Prospects Hockey League (FPHL).

WELLSBORO, Pa. (WETM) - At 12:45 p.m., 18 News received a report of a structure fire at Wellsboro Building Supply on Charleston Road.

Our media partner, the Wellsboro Gazzette, shared photos and videos of the scene. At approximately 2:45 p.m., according to scanner reports, the fire was put out and units remained on scene.

MEMPHIS, Tenn. (WREG) - It was a meeting 50 years in the making. Thursday, Vietnam veteran Harold Setser finally came face-to-face with the daughter he was forced to leave behind in Vietnam in 1971. 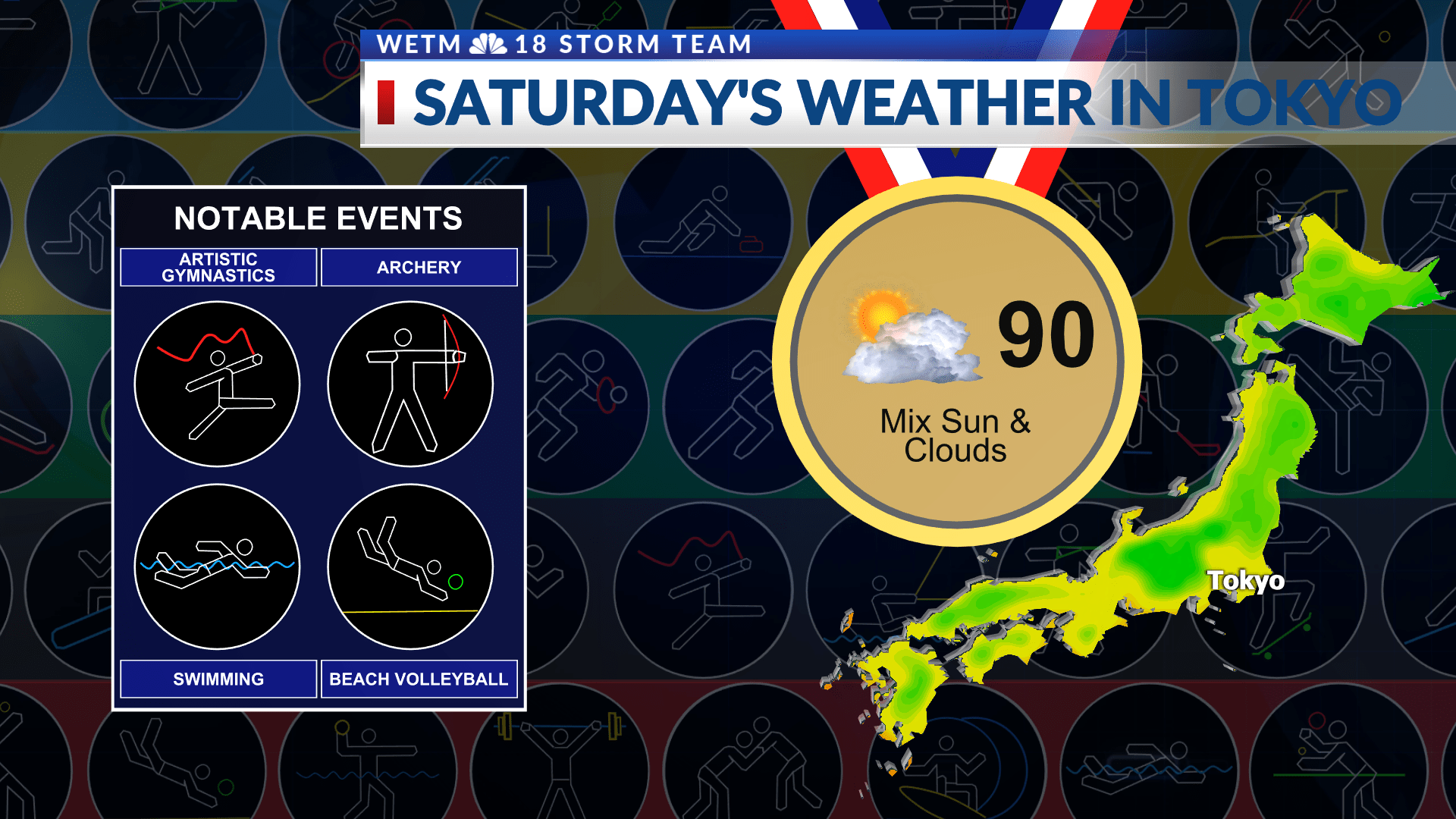